Melvill & Moon is South Africa’s ‘retro Safari brand’. We manufacture high end Safari luggage, canvas Seat Covers, Campaign Furniture and Safari accessories.
Everything we make is under our own brand name – apart from the work we are delighted to do for James Purdey & Son, South Audley St, London. 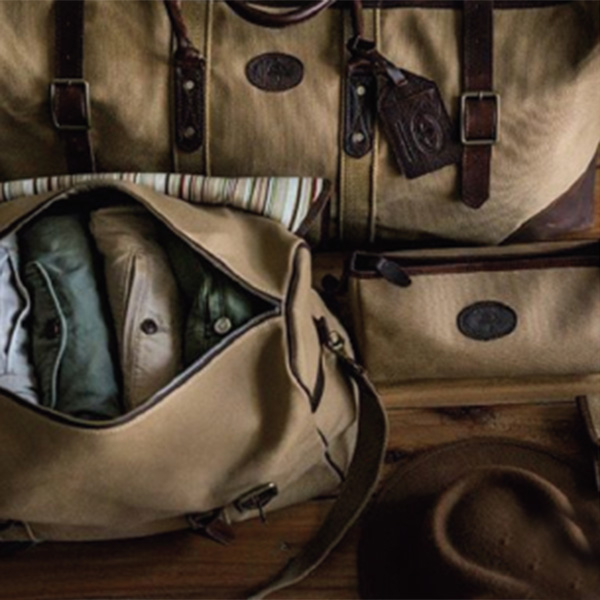 FAMILY BEHIND THE BRAND 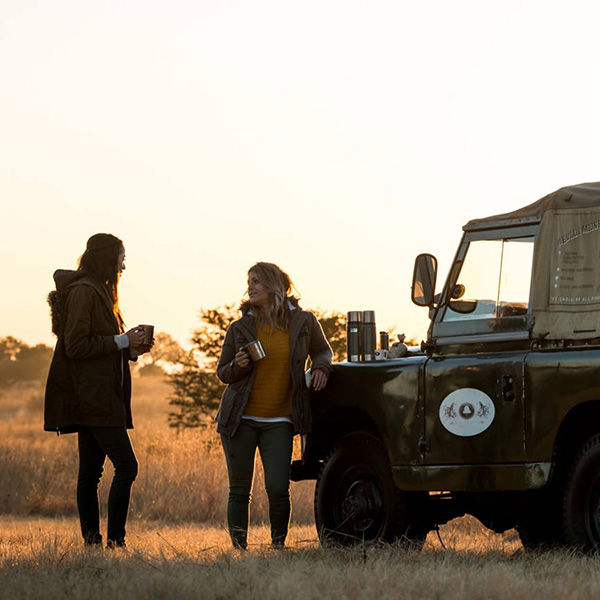 THE ERA THAT INSPIRED US 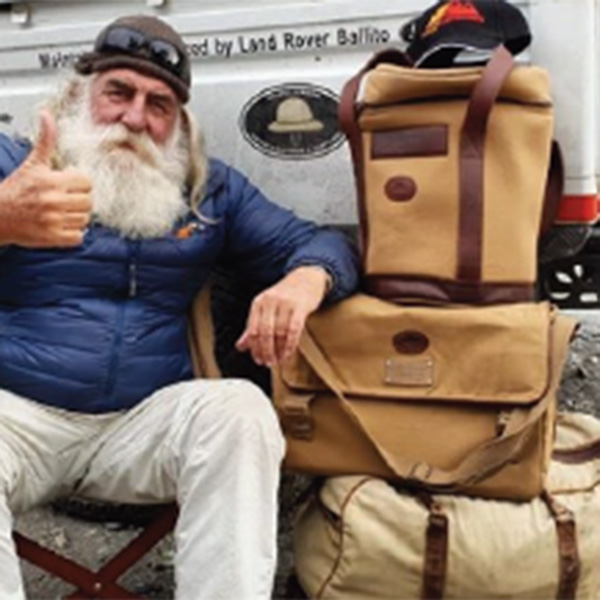 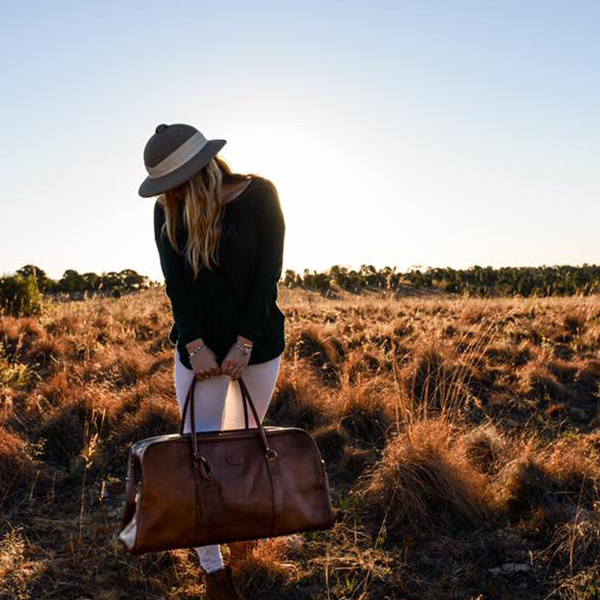 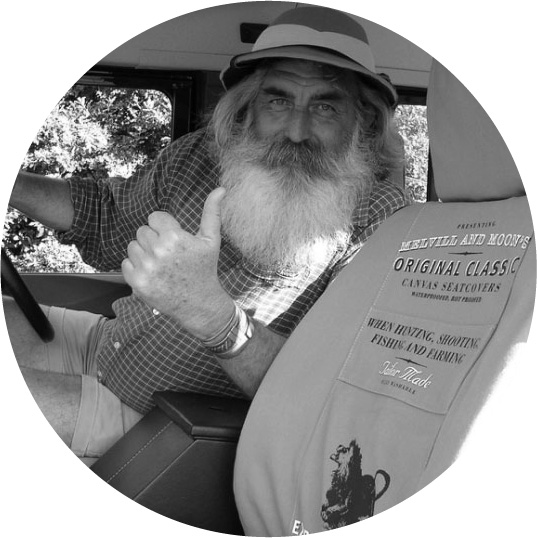 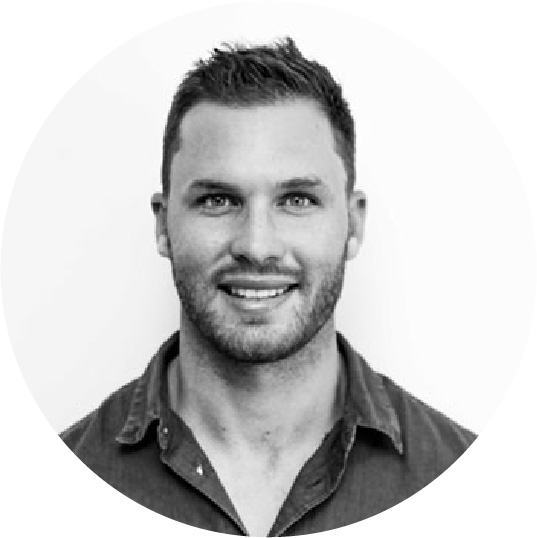 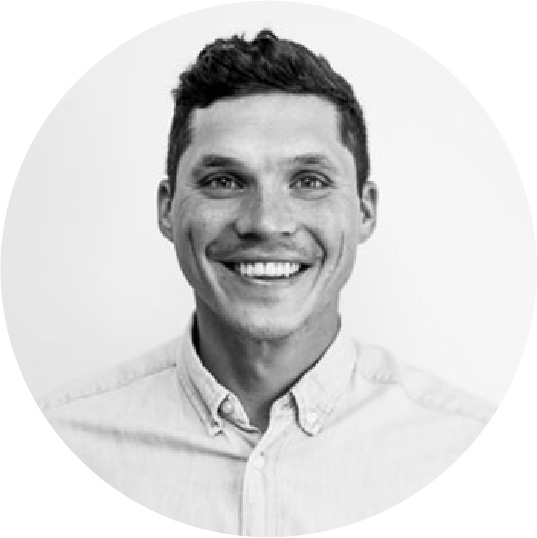 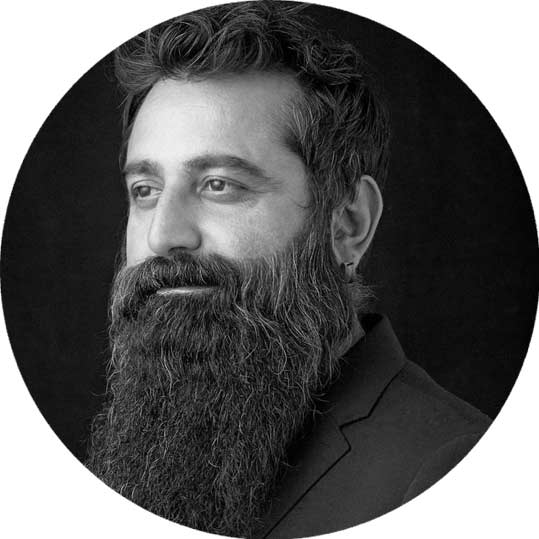 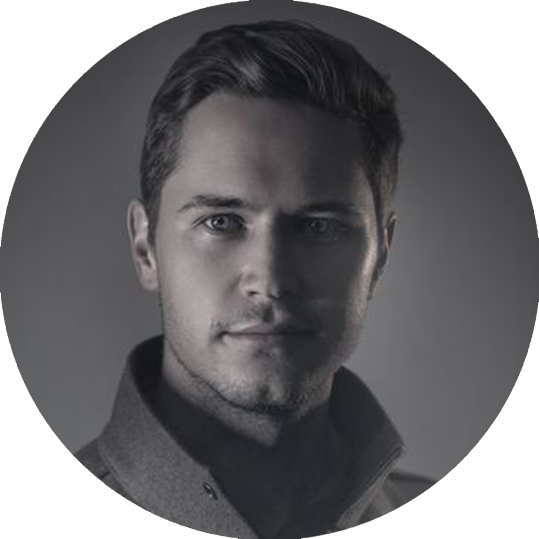 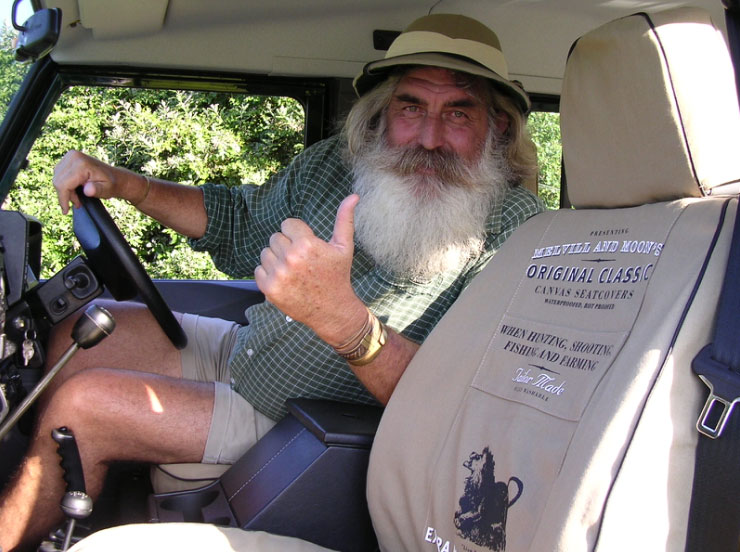 Humanitarian, adventurer, explorer, TV personality, fellow of the Royal Geographical Society, a speaker at the New York Explorers Club and a legend that Getaway Magazine calls their Explorer in Residence, the most travelled man in Africa. Kingsley Holgate, is known as the Grey Beard of Africa.

Born under African skies, Kingsley’s adventures started at a young age. Countless hours spent on his missionary father’s lap, he was enthralled by stories of the great Victorian explorers, leading to many daring adventures across our magnificent continent. The Kingsley Holgate Foundation was formed with the humanitarian initiates of malaria prevention, water purification and Rite to Sight spectacles for the poor sighted.

No other group of adventurers have, in a single journey, traversed the entire outline of the African continent through 33 countries; completed a South to North journey from the Cape of Good Hope to Alexandria and the mouth of the Nile; and followed an East to West crossing along the Zambezi and Congo Rivers in the footsteps of early explorers Livingstone and Stanley. He then led a series of unique, world first, wild journeys that allowed the Kingsley Holgate Africa Foundation backed expedition team to embrace every country on the African continent, including her island states. 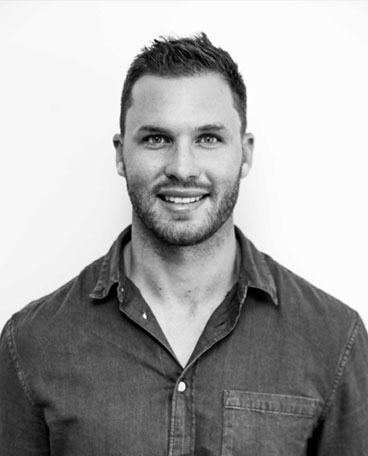 Co-founder of Escape Safari Co., Don’s journey into the wild began at an early age. For him, family fishing and camping trips meant growing up visiting wilderness areas across Southern Africa. This had a profound impact on Don and his natural inclination for all things wild began to blossom. With most of his family travel spent near the Limpopo River bordering Botswana, he found himself drawn to the bush. On these trips, his passion was nurtured by his grandfather. Together, the two shared many adventures, which only seemed to increase Don’s appetite for everything wild. As a result, he chose to study Wildlife Management, Game Ranch Management and Economics, as well as standard nature guiding qualifications.

After completing his studies, Don felt a deep desire to explore and escape to more distant locations.  Fortunately, he found a placement in Zimbabwe, where he was able to learn in three of the last truly untouched and remote wilderness areas in Africa. Here, Don helped manage camp logistics, camp operations, anti-poaching initiatives and developed his love for walking safaris in a very remote area.

After Zimbabwe, Don found himself at one of the pioneering lodges in Africa, Londolozi Private Game Reserve in the Sabi Sands Wildtuin. To him, Londolozi was more than a safari lodge. It soon became a family, with management providing many opportunities for him to grow as a guide. Londolozi also afforded Don many challenges, allowing him to understand the industry and better his abilities to share wildlife experiences with people. This is where Don and Mike met and have shared their passion and friendship ever since. Over this six-year period, Don progressed to senior guide, photographic guide, specialist guide, head ranger and head guide trainer.

A ten-year safari legacy has seen Don visit a variety of safari destinations in South Africa, Botswana, Namibia, Zimbabwe, Mozambique and Kenya. The opportunity to explore and understand the diversity of a magnificent Africa is what he is most passionate about. Today, his aim is to develop guided experiences that showcase the true diversity, authenticity, culture and hidden layers of the African wilderness, all with the deepest respect and appreciation for people and nature. 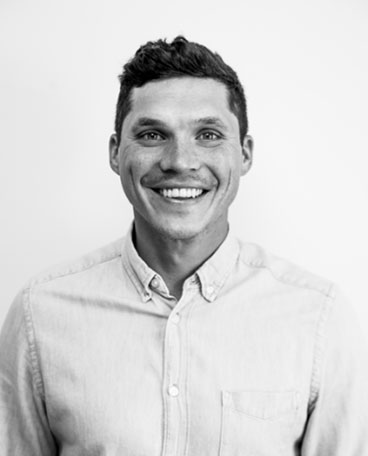 Co-founder of Escape Safari Co., Mike’s journey with the bush also began when he was very young. Like most young South African families, the Sutherlands often visited the Kruger National Park and other reserves around the country. Here, they spent time with loved ones around the fire, telling stories and learning the beauty of the nature we have on our doorsteps.

A few years later, after completing a Post Graduate degree in Property Development and Quantity Surveying, Mike was at a crossroads. It was here, between the pursuit of a corporate career and a curiosity for the wild, that he found his calling.

In 2010, he began his career as a Game Ranger, where he discovered the wonders of the bush and the great joy that accompanies sharing its magic with others. Since then, Mike has worked around the country in the Eastern Cape, KwaZulu-Natal, Northern Cape, Sabi Sands in Mpumalanga and Timbavati Private Game Reserve in Limpopo.

After completing the renowned Inkwazi Ranger Training course at Phinda Private Game Reserve, he remained with andBeyond for three years, working at Phinda (KZN), Kwandwe (Eastern Cape) and Kirkman’s Kamp (located in the Sabi Sands). Mike was also fortunate to spend two and a half years working at Londolozi Private Game Reserve with co-founder of Escape Safari Co, Don Heyneke. Mike began to specialise in photographic safaris and spent his free time blogging and assisting guests with their photography.

Fast forward to 2015, Mike joined a luxury safari company that specialised in planning bespoke, tailor-made safari travel, where he worked closely in operational facets of the business as well as private guiding guests all over the African continent. He planned and executed experiences, end to end, for many families and guests alike.

Having travelled extensively around Africa, working at over 15 exclusive private lodges around South Africa and with his experience as a travel specialist and wildlife photographer, Mike has an intricate knowledge of luxury safari experiences. This has shaped a deep respect for travel in Africa and has given him a holistic view on what the continent has to offer.

To him, a true safari experience is about family, laughter, exploration, learning and fun. Coupled with wildlife, photographyand storytelling, one can create more than just a getaway, but an experience that lasts a lifetime. 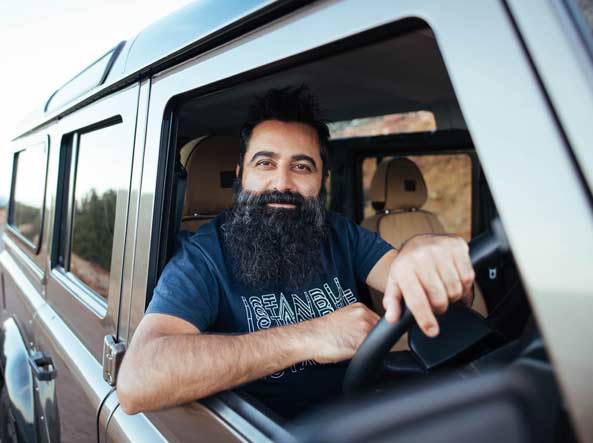 Ozzy understands travel. Born in the seductive city of Istanbul where Europe meets Asia, Ozzy was raised in the East of Turkey near the Iranian border, going on to study Economics in Izmir. Throughout his childhood Ozzy travelled extensively with his family, fuelling his strong desire to see the world.

After accepting that Economics was not his future, Ozzy began to focus on photography with a specific interest in travel photography, escaping lectures in lieu of capturing images of people and life on the move, seeing the world through a lens as his two passions, travel and photography merged.

Forever pushing his personal boundaries, Ozzy started scuba diving in 2000 and can still remember vividly what it felt like the first time he saw the ocean from below, the serenity and strong connection to himself. At that point, he was unaware that the next 8 years would be predominantly water-based. Ozzy became CMAS and PADI certified as a professional diving instructor, working at some of the best scuba diving sites in Turkey, Thailand, Malaysia and Indonesia.

Lucky for us, in 2007 Ozzy took up an invitation to move to South Africa as Operations Manager at Elements Travel, a Turkish tour operator. This is where his passion for travel expanded to the dusty plains and wildlife of his newly adopted country.

As much as the cosmopolitan nature of Johannesburg drew his interest it was Cape Town that captured his heart and in 2009 he settled in the Mother City. Motivated by a burning desire to offer the very best travel experiences to his clients, Ozzy founded Travel Designer and Cape Town Legends, allowing him to bring together extraordinary people, his kind of people, that would otherwise not have the opportunity to meet.

Ever inspired by the artists, eateries and hotspots he supports, Ozzy’s passion for tourism, the planet and good times is unrivalled. Add to that his ready smile and sense of humour, consummate professionalism and commitment to giving you the very best of travel, and you’re unlikely to do better.

And all this before we even mention his serious coffee making skills and mobile gin bar.

If you want your African trip to change something in your life, then Ozzy is the man for you. 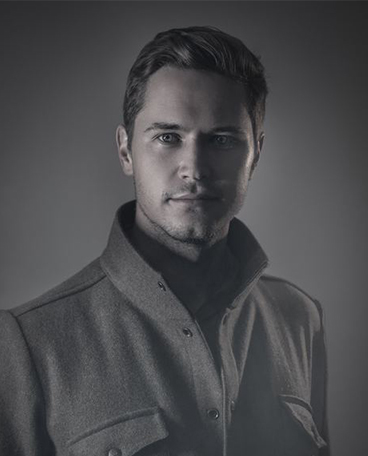 After studying Financial Analysis and working in America as an equity analyst, Sean decided that a career in finance wasn’t for him. Having been fortunate enough to be exposed to wild places from an early age and reading about the explorers of old, he had always felt that there was a sense of adventure missing from a more civilised modern existence. Through trips with his parents across Africa, he developed a love for photography and the beauty of the natural world. However, Sean had never considered pursuing photography professionally until he accompanied his father on a trip to Chad for African Parks. He grabbed the opportunity with both hands and this was the beginning of his passion for storytelling – both through film and photography.

This led to Sean Co-Founding the Conservation Film Company, a film production company focused on telling conservation stories around the world. With an increasing awareness around the planet’s biodiversity loss, there is a call to arms for conservationists on the frontline to find solutions to the challenges we face. By using film as a medium to share these incredible stories, without shying away from the harsh realities, he hopes to inspire a renewed connection to nature and make us think about our place in it.

Good poetry, art and music creates the feeling that a spotlight of truth has been shone on a part of our existence. In the same way, by asking the question of how society as a whole defines “progress”, Sean aims to excavate and articulate these collective dreams with some clarity.