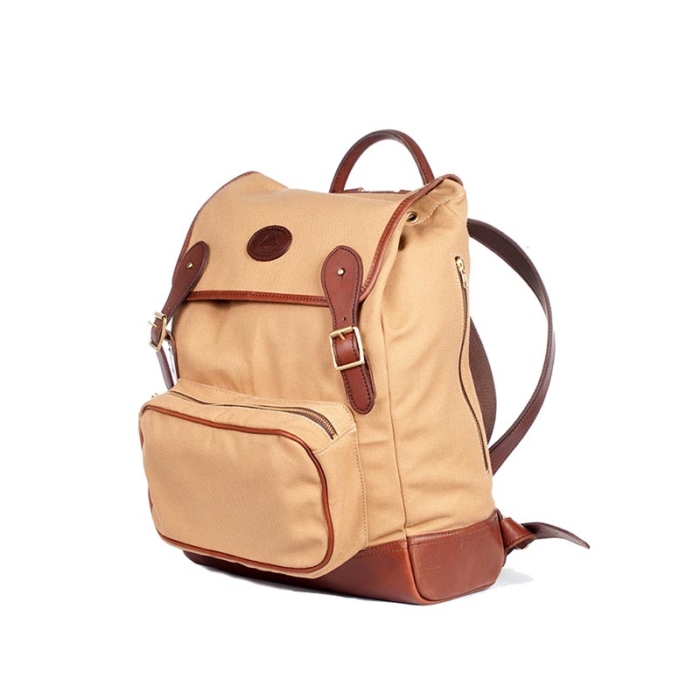 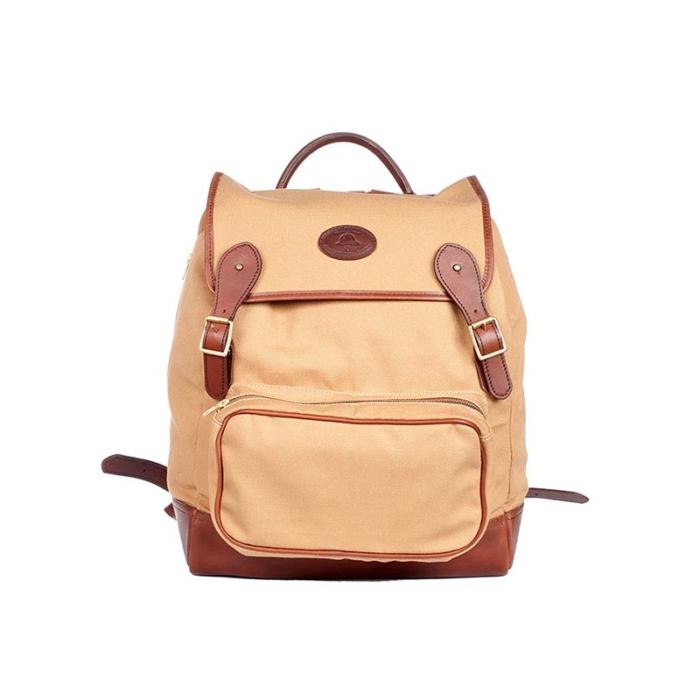 A rucksack is the perfect travel companion, keeping hands free for your phone or wallet or other necessity of the moment. The Grogan does it in true safari style. Made from the same hardcore canvas and leather as it was over a century ago. But timeless in terms of style and although quite unlike it’s modern equivalent not out of place in the world of contemporary work and travel. It’s named in honour of one of the last centuries truly romantic African pioneers.

One of the most romantic stories of the grand safari era is that of Grogan. The intrepid suitor who walked from Cairo to Cape Town to prove his worth to a sceptical aristocratic future father in law. Grogan had been kicked out of Cambridge for lack of application (‘pranking’) and before that had been expelled from Winchester. This had then been followed by a brief stint at the Slade School as an aspirant artist before he became distracted by a misadventure in the Matabele war and an eventual role in the defence of Bulawayo where he became so ill he was mistaken for dead and narrowly missed being buried alive.

Life become more serious when he fell head over heels in love with Getrudde Watt – the heiress and direct descendant of James Watt the Scottish inventor of the Steam engine. In between Grogan and the equally besotted Gertrude stood her step father who, based on the suitors track record, viewed Grogan’s prospects with understandable scepticism. Grogan’s proposal of being the first man to walk from Cairo to Cape Town as a way of proving his worth was accepted by the step father who reportedly felt that Grogan was signing his death warrant. Grogan’s eventual triumph in an epic 2.5 year adventure that saw hime overcome many challenges including hostile tribes, man eating lions and cannibals, not only secured Gertrudes hand in marriage but it made his name. He was granted an audience with Queen Victoria and was the youngest person ever to be invited to address the National Geographic Society. He and Gertrude travelled to America where they were feted by American society. They ended up living in Kenya where he became a leading figure in the settler community and in the development of the Kenyan economy.